The Story of Lincolnshire Place

Having loved ones who suffered through Alzheimer's and dementia, we, the founders of Lincolnshire, vowed to create a community focused on restoring dignity and maintaining the quality of life for residents. Allow us to give you peace of mind in knowing that your loved one is safe, secure, and respected as an individual.

Our secure facility is designed to support the safety and well-being of our residents. Our community is a spacious and warm home, where comfort, whole-person care, and individual attention are provided to everyone.

As one of our Lincolnshire Place family members, your loved one can expect to be greeted by name, cared for by our friendly and professional staff, and treated with respect and dignity.

Focused on an Active Lifestyle

We offer a variety of engaging cognitive exercise programs designed to improve overall good health and well-being. Our staff members undergo regular training sessions so they can retain their skills and expertise in dementia. We are truly a memory care residence like no other.

Jeffrey Hausfeld, M.D., M.B.A., F.A.C.S., has served on the national board and committees of specialty medical societies since he began his practice in Otolaryngology/Facial Plastic Surgery in 1982. He is an Associate Clinical Professor of Surgery at George Washington University School of Health Sciences and an alumnus of the Yale University School of Medicine.

Dr. Hausfeld is widely published in the medical literature, is the pioneer of innovative laser surgery techniques, is the author of a lay-oriented medical book on snoring and sleep apnea, and has appeared on numerous local and national television and radio shows as a medical expert. He has also served as a health care consultant, spokesperson, and executive coach for multi-national pharmaceutical companies, health care firms, and the U.S. military.

Dr. Hausfeld stepped down from his clinical duties after receiving a Masters in Business Administration from Johns Hopkins University. He is presently developing assisted living facilities specializing in Alzheimer's and dementia care. He has served as President of Memory Care Communities LLC for the past 11 years. He serves as a consultant to several healthcare/life science startups in diagnostics, devices, biotech, and Health IT. He also serves on the Investment Advisory Board of the Center for Innovation Technology's Life Science Gap Fund. The fund supports promising healthcare and life sciences ventures in the Commonwealth of Virginia.

Dr. Hausfeld is the Chairman and Founder of the Society of Physician Entrepreneurs (www.sopenet.org), a global network focused on educating healthcare and life science professionals in bioentrepreneurship and innovation. Dr. Hausfeld has orchestrated the Series A and B Financing of BioFactura (www.biofactura.com) and acted as a major investor in these rounds. He serves as Chairman of the Board of BioFactura and Chief Medical Officer as the company develops its Bio similar platform and its novel Bio-defense therapeutics.

Dealing with Dementia on a Very Personal Level

Dealing with Dementia on a Very Personal Level

I had the greatest father-in-law…his name was Gerald Harvey Lease. His friends called him Gerry; his family just called him Pop.

Gerald Lease was born to Bella and Irving Lease in Brooklyn New York on July 16th, 1924. As many in his generation, he started his undergraduate degree at NYU and was called into the service during World War II before finishing. He went into the officer’s school when he joined the United States Air Force and earned the rank of First Lieutenant.

He was shipped overseas and acted as a navigator in B17 bombers during the war. He was stationed in Deenthorpe, England, from where he flew 38 sorties into enemy territory. His plane was hit by enemy fire on many occasions, but all of the men serving on that plane survived the war. For his service Gerry received several medals, including the honorable “Air Medal” for 'meritorious achievement' while serving as a B-17 Flying Fortress navigator in the 401st Bomb Group commanded by Lt. Col. W.T. Seawell, Pine Bluff, Ark. The citation accompanying the award reads: "for exceptional meritorious achievement while participating in a number of combat bombardment missions over Germany and Nazi-held territory. The courage, coolness and skill shown by Lt. Lease on all three occasions reflect the highest credit upon himself and the Armed Forces of the United States. "

My father-in-law spent most of his professional life teaching English to inner city kids at a Junior High School in Brooklyn, New York. He was an avid golfer, voracious reader, an expert at the daily New York Times Crossword puzzle, and a real tinkerer. He taught me not to be afraid to take a machine apart if it was broken, whether or not I had the knowledge to put it back together again!

Pop suffered from severe aortic stenosis, and despite one of the very early successful transcutaneous valve replacements done in the country, the lack of blood flow resulted in vascular dementia….and we all watched as our kind, thoughtful, literate, and intelligent father, husband, grandfather, friend, went from a strapping, vibrant man with a real joie de vivre, to a shadow of his former self.

The year before my father-in-law’s passing my family and I had the privilege of attending a reunion of the 401st Bomb Group with Pop.  It didn’t take long to see that although these men and women were weathered by the ravages of time and hard life experiences, their grit and determination earned them the title of the “Greatest Generation”. While many were confined to wheelchairs, and brandished walkers and canes instead of flight gear and helmets, when the band struck this chord, those that could stood erect, and those that could not, lifted their eyes and voices in song as they enthusiastically belted out the words to the Air Force song “Off we go into the wild blue yonder, climbing high into the sky”. Gerry Lease now joins the ranks of those brave war heroes that fought for our freedom and now remains forever aloft.

After finishing my medical training at Yale University School of Medicine I went on to do my surgical residency at Yale New Haven Hospital and specialized in Otolaryngology, Facial Plastic and Reconstructive Surgery. I practiced that discipline for almost 25 years in the Washington DC area and then decided to return to school to explore my penchant for the business side of medicine. I went on to enroll in the Carey Business School at Johns Hopkins University and did so with my then 22-year-old son Joshua. We were the first father and son duo to enroll together in the MBA program! After graduating, Joshua went on to specialize in the financing of senior living facilities. He introduced me to two gentlemen from the Midwest who were looking for a partner to help them build a portfolio of assisted living facilities. I remember the day that Josh and I took the plane to Chicago and we met Steve Lirtzman and Steve Kaufman for the first time. They took us around to see some of the other communities that they were involved with throughout the years and finally came to one they had built and managed and then sold to a larger concern several years prior to our visit. They still had good ties with the community director, so we were allowed to visit that site. I remember when we walked into the foyer three women in their mid-80s saw both Steve’s and ran over to them and hugged them and kissed them. It had been several years since they had seen them and they said, "where have you been, we’ve missed you terribly". It was at that moment when I realized that these were the people that I wanted to go into business with and call my partners. Over the last 10 years I could not be prouder of the four memory care assisted living facilities that we have built and operated with two more assisted-living communities about to open in the fall of 2019. The demand and the need is still so great that we plan on building additional units in the Midwest in the coming years.

Part of the reason for our success is that the Steve’s and I share a common philosophy of “doing well by doing good.“ Our primary concern and focus is always on the patient and their families, providing a secure and nurturing environment that dignifies the lives of our residents. Our culture permeates throughout our staff and our communities in that we are always trying to celebrate life with activities, dancing, music, games...all while providing a safe and compassionate environment for the people entrusted to our care. I do this in memory of my father-in-law Gerald Lease and for the legacy he has left behind. I do this for our residents and their families because I understand the importance of the work that we do and the peace of mind it provides to all.

A Holistic Approach to Memory Care

At Lincolnshire Place, our team is dedicated to the complete physical, emotional, and spiritual needs of each member of our community. Our state-of-the-art residence has well-trained staff and engaging activities. We’ll not only meet but exceed all of your expectations of a memory care community, encouraging those facing dementia or Alzheimer’s. We are committed to respecting the individuality and dignity of every person in our care. 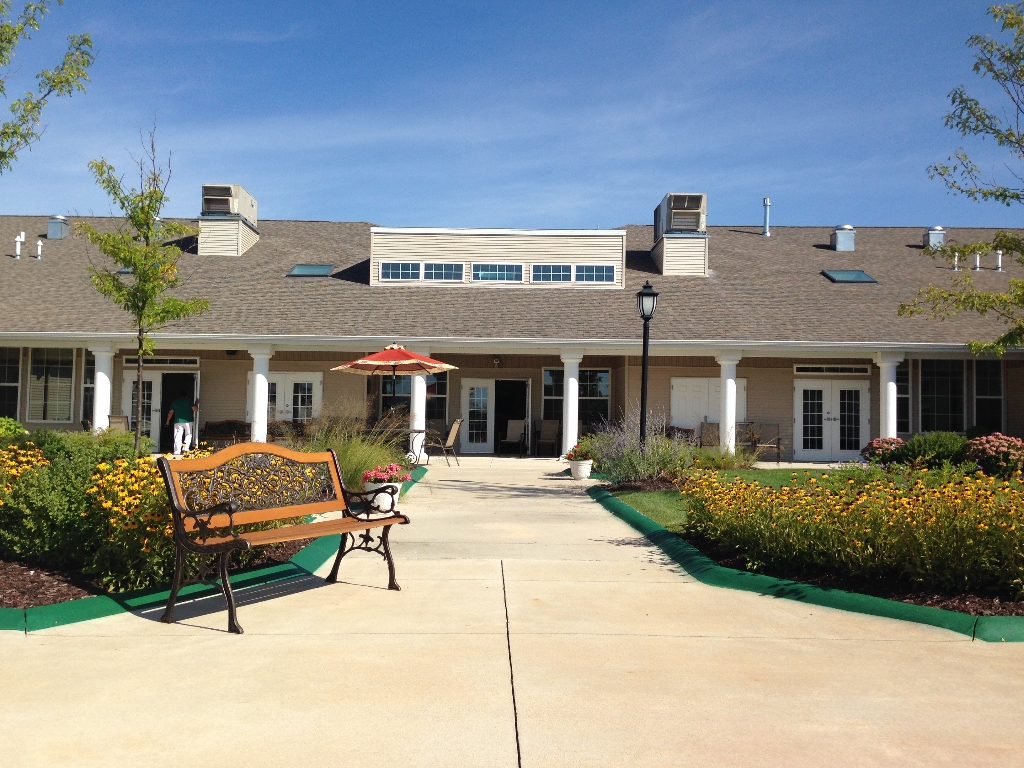 See if our facilities are right for your loved one.